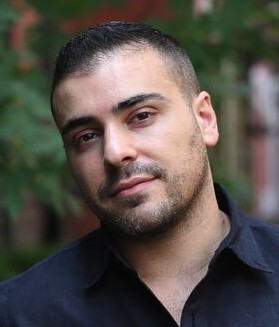 DEMETRI KOFINAS is a technology and media entrepreneur. After graduating from NYU in 2004, Demetri Kofinas worked for a brief period in financial services before founding Guerilla Gaming Concepts, an interactive entertainment company focused on developing a skill gaming middleware platform for the Play Station 3. In 2008, Demetri transitioned from the video games industry into product development for television, working in application development and design for Cablevision. Later in his career, Demetri turned his passion for financial blogging into the popular evening radio program Covering the Spread, which aired during drive time on 91.5FM WNYE, appearing often as a commentator on other radio and television news programs as well. Eventually, Demetri’s broad experience in media and his passion for finance and economics lead to his creation and executive production of the popular international news program Capital Account, which was watched, during its run, by hundreds of thousands of people around the world. Currently, Demetri serves as principal and executive producer at OFFLINE Productions, and as a contributor to Quartz.