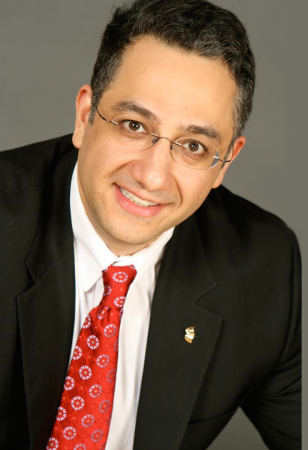 ALI REZA FARAHNAKIAN (SAG, AEA, WGA, AFTRA) studied extensively with Charna Halpern and Del Close in the 1990s at ImprovOlympic (IO). He was also a founding member of the UCB with whom he helped to create the critically acclaimed show Virtual Reality. At The Second City in Chicago he was part of the Jeff-nominated show, The Revelation Will Not Be Televised (dir. Jeff Richmond) for which he also received a Jeff nomination for Best Actor in a Revue. His one-man show Word of Mouth was an official selection to the US Comedy Arts Festival 2001 in Aspen. He was a writer on Saturday Night Live during its 25th anniversary season and received a Writers Guild Award nomination. He has worked on The Steppenwolf Mainstage in Chicago and BAM in Brooklyn. Television credits include all the Law and Order‘s, All My Children, Late Night with Conan O’Brien, 30 Rock (3x), Louie, and Delocated. He has been in many commercials, voice-overs, films, three of which have gone to Sundance and one of which went to Cannes. In 2002 he founded The Peoples Improv Theater (aka The PIT).